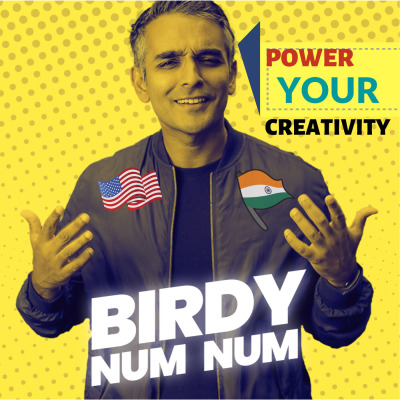 The Birdy Num Num Indian podcast is all about inspiring the creative Indian.With over 35M views online spanning a career in IT and Stand Up Comedy, Indian-American comedian Sanjay Manaktala is the epitome of "because life begins after engineering." A good chunk of his guests also live by this philosophy. Every Monday and Thursday Sanjay talks creativity, dating, technology, life, current events and general life advice from the perspective of a 30 something Indian American guy traveling the world. Occasional guests from startups, mental health, stand up comedy, entertainment and much more. You can also catch weekly video episodes on the youTube channel "the Birdy Num Num Podcast." Join the family and pick and chose which episodes to binge. Tweet @SMANAK for guest requests or DM on Insta @sanjayComedy.