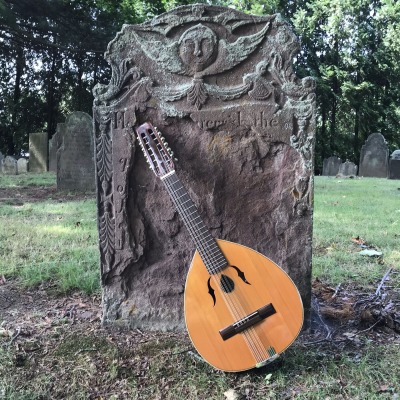 The history of the 1692 Salem Witch Trials told through music and story-telling in a format recalling an old time radio drama with a modern experimental prog-rock twist. Witch Hunt borrows freely from original sources of information from the time of the trials such as letters, books, poems, transcriptions of the trials themselves, as well as melodies from the Puritan hymn books. The music is highly original art-rock ranging from soft ambient soundscapes to heavy power riffs with many other stops along the way. The narrator provides a story teller voice that weaves a historical thread throughout each episode. Witch Hunt is conceived, written, and produced by Brian O'Connell, who records and produces the show, playing a wide variety of instruments and voice parts. O'Connell is a well known bassist and composer in New England who has performed with: Arukah, Dead Man's Waltz, Uncle Sammy, Gordon Stone, Gary Backstrom, Dave Brunyak, Interminable, and many others. In 2012 Brian debuted his rock opera Over The Line, a Jungian journey through modern consciousness, for a successful series of performances in Boston. Brian O'Connell - voice, 6 and 12 string guitars, fretted and fretless bass, upright bass, touch guitar, sintir, keyboards, moog synth, percussion Mike Harmon - drums, cymbals, percussion Rachel Koppelman - accordionwww.brianvoconnell.com