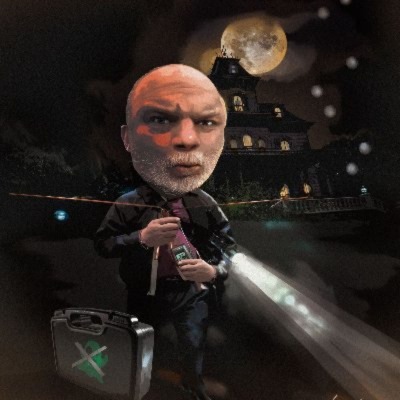 In 2005 Brad Cooney published his first book, "Let's Talk Boxing" followed by a shorter sequel titled "Let's Talk More Boxing." He Co-founded the world renowned boxing/mixed martial arts website 8countnews.com. A graduate of Mahopac H.S. in New York, he later served in the U.S. Navy. Brad Cooney's Podcast is one the most active "interview" shows on ITunes. Brad continues his love of talking to game changers, life changers, and world changers, and features guests from Sports, Music, Entertainment, Politics and other cool and unusual people from around the globe! In 2016 Brad started his journey into the world of Paranormal Investigating. His work in the field (particularly a 4 year investigation in one location) has thrust him into one of the most successful paranormal film documentaries of 2020 (The House In Between). The film was directed by Steve Gonsalves (TAPS, Ghost Nation) and Kendall Whelpton (Ghost Hunters).