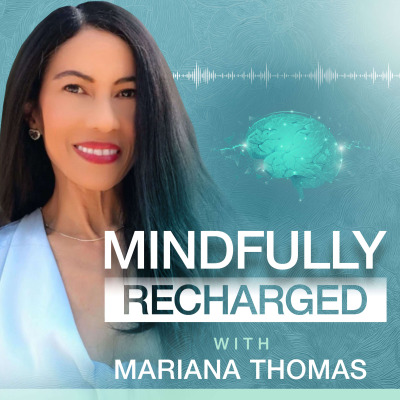 Mindfully Recharged Podcast with Mariana Thomas brings mindful conversations and people that will recharge you from the inside out so that you can increase productivity and develop your best self personally and professionally. Mariana came to the United States without speaking much English and turned into a Regional Manager for the entire South Region for one of the largest fitness companies in the United States. She became a DISC faculty member during 2019 for one of biggest leadership companies in the world. Mariana has helped thousands and thousands of people to live a Mindful, Energetic and Healthy life, Mind, Heart and Body.