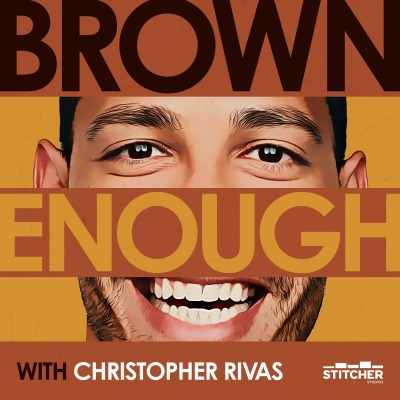 This podcast feed is home to two shows from me, Christopher Rivas. The first is Rubirosa, a ten part documentary series about a man I’ve been obsessed with ever since I learned about him. Porfirio Rubirosa ⁠was a Dominican diplomat, a playboy who spoke five languages, an international polo champion, a race-car driver, a pilot, and the richest man in the world⁠—twice. And he’s the inspiration behind Ian Fleming’s character of James Bond. In the show, I explore how different might my life have been if my hero growing up looked like me. And what Rubi’s incredible and complicated life can teach me about love, success, family, Hollywood, code-switching, white-washing, and the roller coaster of finding my true self in a world not made for Brown folks like me. The second show is Brown Enough, where I continue asking questions like these with other Brown activists, creators and change-makers. Tune in every week for a new conversation. Brown Enough is the stories between Black and white.