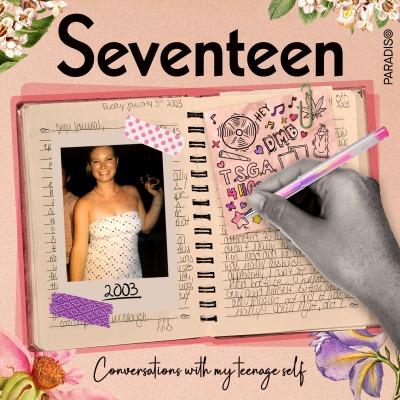 On "Seventeen: Conversations with My Teenage Self," writer and essayist Laura Leigh Abby reads her 17 year-old diary - with the entries voiced by teen influencer Leia Immanuel - and reflects on it, revealing so much more than anyone could have expected. This narrative podcast is nostalgic of the early aughts, an era before social media and smartphones, while also acknowledging the inherent and often unwitting misogyny of the time. Adult Laura addresses journal entries that contain problematic sexual encounters, and explores how a generation of would-be feminists were influenced by the mixed signals of pop culture.