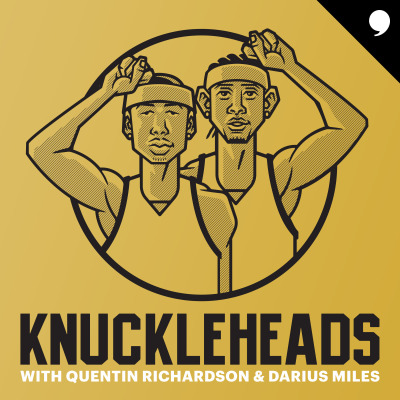 This week’s Knuckleheads with Quentin Richardson and Darius Miles welcomes on MVP, two-time NBA champ, and future Hall of Famer Kevin Durant. KD looks back on his meteoric rise, and pinpoints the moment when he figured out he could play in the NBA. He also talks about how special his time at Texas was, and reveals where he originally wanted to go to school. The trio moves on to a review of the 2007 draft, and how KD believed the Trail Blazers would have been a perfect fit for his game. They then dive into KD’s time in Oklahoma City, specifically the dynamic between him, Russell Westbrook, and James Harden — before they all became MVPs. Kevin remembers how intense their practices were, how proud he was when they won their MVP awards, and what could have been had the three of them not been broken up. The discussion then switches to the Warriors — they discuss the possibility of a three-peat, how Kevin’s shot has improved from playing with Steph and Klay, and why he didn’t get that emotional after winning hi