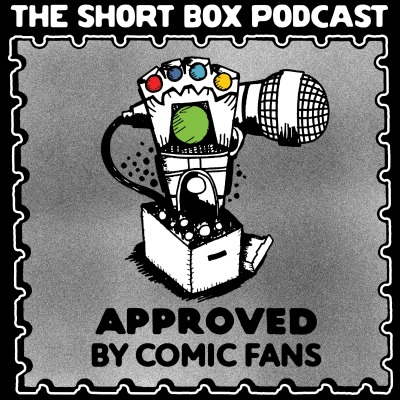 The Short Box is Jacksonville FL's premier comic book and pop culture podcast, created in 2012 by Badr Milligan, Walter Gant, and Andrew Torres. The show is currently hosted by Badr, alongside co-hosts: Cesar Cordero, Edmund Dansart, Adam Wollet, and Ashley Lanni Hoye. The Short Boxers aim to bring comic-book and pop-culture entertainment, as well as opinionated discussions to the novices and know-it-all gurus alike. The show vehemently attempts to shine a spotlight on all the cool stuff going on in Jacksonville, and the real life superheroes making the city a better place. The crew is constantly joined by an incredible array of creators and personalities to discuss comics, music, art, and upcoming eventsSo, if you're trying to make sense of the latest geek news or just asking, "What's worth checking out or getting into this week?" look no further and take a listen!