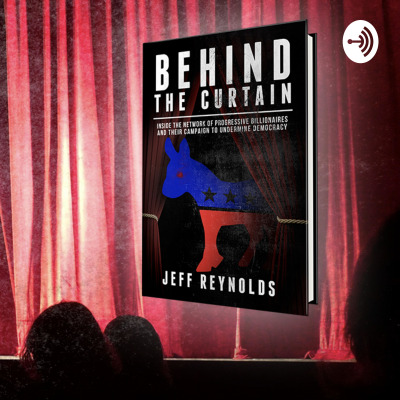 Behind the Curtain with Jeff Reynolds

The book is now being made into a podcast! The Behind the Curtain podcast shines light on news items of national and local influence. We'll report on the things that those in power would prefer to remain hidden. Behind the Curtain: Inside the Network of Progressive Billionaires and Their Campaign to Undermine Democracy By Jeff Reynolds Behind the Curtain takes a look where the Leftist billionaire’s club doesn’t want you to go—into the world of dark money and influence that has only one goal: to stop conservatives and Donald Trump by any means necessary. Support this podcast: https://anchor.fm/behindthecurtain/support