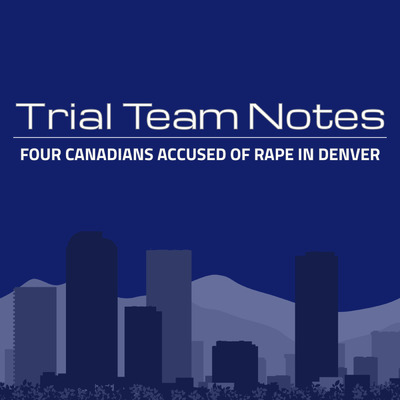 In November of 2015, Colby Messer and three friends flew from British Columbia to Denver for a Denver Broncos game. The night before the NFL game, several of the friends met a woman who flirted with them and walked with them back to their hotel room. The men later returned to Canada without incident. Five months later, Colby returned to the United States. He was stopped in Las Vegas, jailed, and told he was facing six charges for sexual assault in Denver. Even though attorneys are bound by their privilege with their clients, Colby took the unusual step of asking his legal team to break that confidentiality to tell his story. Thanks for listening.