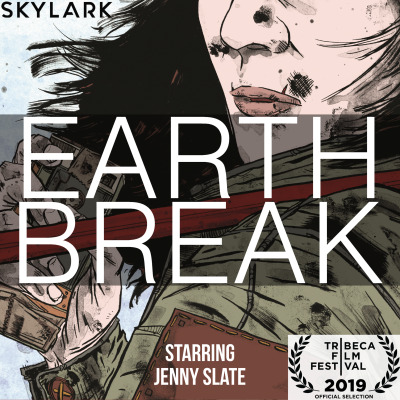 After everyone she's ever known was killed in an alien invasion, Lynn Gellert (Jenny Slate) might be the last person left on Earth. Her constant and only companion is the voice recorder she managed to salvage from her mother's house. As symptoms of a strange illness seem to set in, Lynn comes to terms with her mortality, only to realize that she's not sick, she's pregnant. Lynn is not a survivalist, or even good at camping, but somehow she has to find what it takes to confront a dangerous and uncertain future. Earth Break is written by Morgan Ormond. Starring Jenny Slate. Directed by Aaron Katz. Produced by April Lamb. Earth Break is presented by Skylark Media