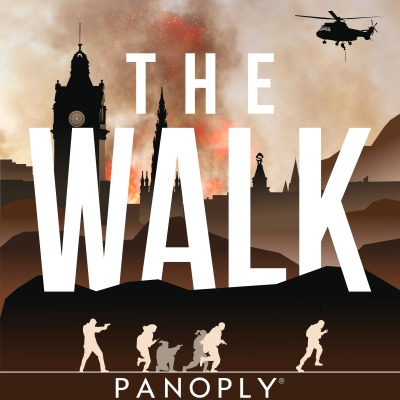 A thriller in which you, the listener, are the hero. The Walk begins in Inverness station, Scotland. Through a case of mistaken identity, you, "the walker," are given a vital package that must be couriered to Edinburgh. But as you're about to board the train, terrorists blow it up and set off an electromagnetic pulse! None of the cars or trains are working - you'll have to walk - but now the terrorists are on your trail because they want the device you're carrying, and the police are after you as a suspect in the bombing. To survive, you'll have to join up with other escapees from the city - but how many of them can you trust, and are they really who they say they are?