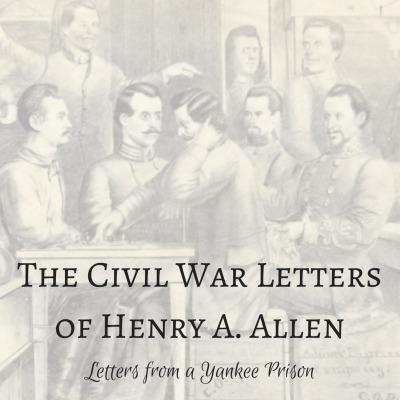 The Civil War Letters of Henry A. Allen

Brought to you by The Rogue Historian.The Civil War Letters of Henry A. Allen, Captain, Company A, 9th Virginia Regiment. Allen was captured at Gettysburg on July 3rd, 1863. These are the letters written to his wife while held in Union prisons between 1863 and 1865. Allen would survive the war and later join a group of Confederate veterans known as the Immortal 600.Henry A. Allen's private correspondence is housed at the Albert and Shirley Small Support this podcast: https://anchor.fm/henryaallen/support