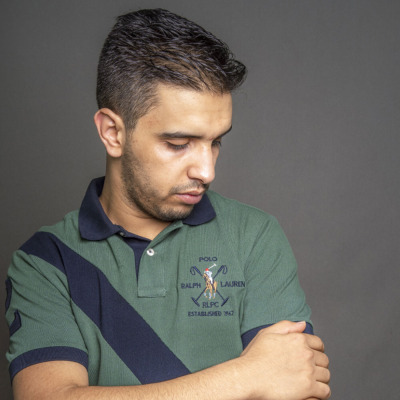 Music Maker & Show Runner VAN D, is a Moroccan Dj record producer, remixer from Fès.He Grew up in the Magical city of fés that has inspired all kind of artistes, VAN D took his rhythms and vibes from where you can find the best cultural mixes, He started at the age of 15 meeting his first palatines with progressive house & melodic techno & tribal house & techno & RnB and Hip Hop before to land on the amazing Electro music universe. With talent and hard work was just a question of time before getting his name among the big once in the well renowned fès night life, especially at the Felix club.Getting his notoriety bigger he decided in 2004 to go for a new challenge; becoming a producer, with only his talent,His Music has been touring the world years ago, Dance capitals like Paris, Miami, Copenhagen, Amsterdam, New York, London, Stockholm... or Rio de Ganeiro again, where stages and floors vibrated to his sounds, where tracks became anthems. That turning point on VAN D’s career when pioneers and big names believed in him, thus received those supports from likes of Carl Cox, Roger Sanchez, David Guetta ,Fedde Le Grand, Antoine Clamaran, Spekter, Dannic, Sick Individuals, Chuckie, Marco V, Paul Van Dyk, Sidney Samson, Jerry Ropero, Abel Ramos ... to name but a few; on the other hand others invited him to collaborate such as Starkillers, Alex kenji, Nadia Ali, Sidekick, Marco V... & many more. VAN D is paving his way to the universal Music scene that’s why Fans are loyal to him.