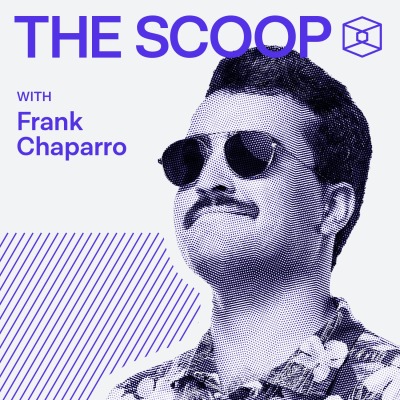 Tom Farley, in many respects, was early to crypto.  The 45-year-old — who is best known for his time as the head of the New York Stock Exchange — vividly recalls a conversation with early Coinbase employee Dan Romero, who connected him Coinbase co-founder and fellow Duke alumnus, Fred Ersham.  "So I met with Fred and was blown away by what they were doing and agreed to put ten million dollars on behalf of the New York Stock Exchange into Coinbase," Farley said on the most recent episode of The Scoop. He made that investment in 2013.  Fast forward to 2021: Farley has officially gone full crypto, announcing last week that he would join EOS-backed crypto exchange Bullish as its CEO following the completion of a SPAC deal that would merge the company with Far Peak, the SPAC company Farley joined after his tenure at NYSE. On this episode of The Scoop, Farley joins The Scoop's Frank Chaparro to discuss the deal, which is expected to be valued at a whopping $9 billion. Farley will enter a crowded market with wel