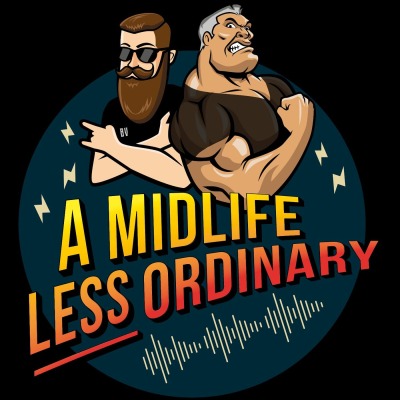 "A Midlife Less Ordinary" is the not so series guide to being cool older dudes by two middle-aged British guys "Wayne & Trev" Who have decided to take midlife on by encouraging others to make the most of their lives. This genuine and humorous podcast is accessible to all and features a variety of topics presented in an easy to digest format.Season 1 featured the guys going on a nostalgic trip and approached a few masculine topics such as beard clubs, growing beards, grooming and exercising. Season 2 has a more broader appeal as the guys invite expert hobbyist's onto the show who showcase their pastimes and offer advice whilst other episodes focus on up and coming musicians and artists and showcase their talents and how we can all enjoy their work. Whatever the subject is, as others have found, you will have a good time with Wayne & Trev, new episodes every Sunday.