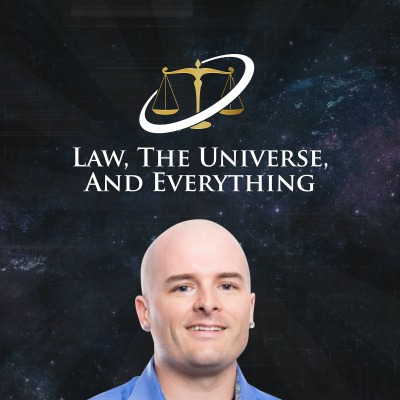 Law, The Universe, And Everything

Law, The Universe, And Everything is Joe Rogan meets Tim Ferriss but the host has better hair. The show is no holds barred, no topic is off limits, and features accomplished leaders in law, business, medicine, education, spirituality, sports, science, and beyond to help people to get more out of their lives and careers by learning from some of the best minds in their industries. Pacifico Soldati was born and raised on the Seacoast of NH and attended the University of Notre Dame, earning a B.A. in Film, Television, and Theatre. After their young Hollywood career was cut short by the writer’s strike in 2007 and they ended up homeless in Los Angeles, they decided to finally fulfill a lifelong goal to join the military. Pacifico joined the Army as a paratrooper and chef, spending over six years with the 82nd Airborne Division and US Army Special Operations command, with deployments to Afghanistan and Niger. After earning their Masters in International Relations from Troy University Pacifico went on to earn a JD/MBA from UC Irvine. While at UCI, Pacifico discovered Hypochlorous Acid (HOCL) and became a world leading lay expert in the field. Pacifico is dedicated to sharing the best of everything they find in the world to help others live better, happier, healthier lives and enjoy themselves while doing it. Pacifico is founder and CEO of The Soldati Group, a marketing agency helping law firms, startups, and small businesses cultivate long term success and prosperity. Pacifico enjoys a daily Transcendental Meditation practice and is dedicated to helping spread the practice of TM around the world.