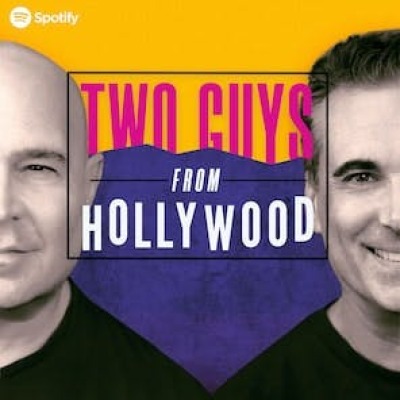 A weekly podcast from Hollywood literary agent Alan Nevins and his co-host Joey Santos, a columnist and celebrity chef. Friends for more than 30 years, Alan & Joey grew up in “Hollywood” observing not just the entertainment industry but the people who flock there. These two professionals have worked within the elite circles of some of the biggest stars and wealthiest people for decades while attending parties, dinners, and traveling with their clients. Beyond their own experiences in LaLa-Land, each episode focuses on different aspects of pop culture, publishing, cooking, and the ins and outs of the entertainment industry. Two Guys from Hollywood is a place for an honest chat about all things behind the scenes in Hollywood, with a serving of great food and plenty of drinks alongside their long list of celebrity guests.