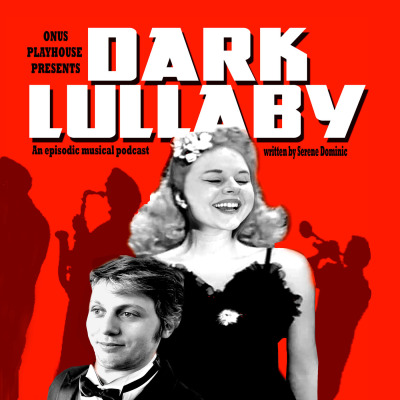 For Season Three of the Onus Playhouse podcast presents “Dark Lullaby,” the second episodic musical podcast (Season One was the FIRST episodic musical podcast "All is Forgiven") which lends itself even more to the radio play format. This production also stars Dayna Renee Donovan, Joobs, Ernesto Moncada, Kristen Saggau, Serene Dominic and of course San Jacinto Prison Band who reprise their original role as the musical’s pit band. It's got music! Noir moodiness! Accidental killings! There will be seven episodes in all, released weekly from November 1 to December 13. If you prefer binging them all at once, you will be able to in…yes, seven weeks.