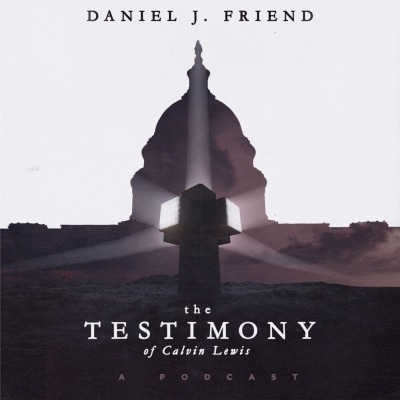 The Testimony of Calvin Lewis

August Williams, a World War III veteran, is recruited by the government to test the new Uberman Device, which allows access to memories in a vivid, dreamlike state. But with a warning from a mysterious Man in Gray, August is unsure of who to trust. Told from the perspective of a U.S. Senator, The Testimony of Calvin Lewis blends together a political conspiracy, science fiction, and Christian philosophy. The story draws heavily upon works like C.S. Lewis’ Abolition of Man and Augustine’s Confessions, probing humanity's restless search for objective Truth. Soon to be published as a novel, The Testimony of Calvin Lewis is first being released as a theatrical podcast complete with music, sound effects, and a cast of voice actors. New episode every Tuesday. For more information, please visit: danieljfriend.com/thetestimony/