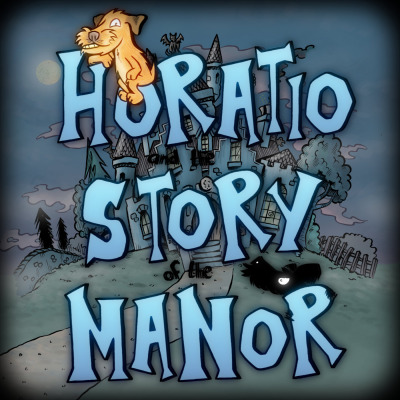 Horatio and the Story of the Manor

Manor Rott, Grott & Snott, based in the beautiful area of the North York Moors, is a place no-one can leave. The Manor and the villages around are held by an enchantment no-one understands and a darkness intent on keeping them captive. However, because of the effects of the darkness and enchantment, strange things happen and unexpected heroes emerge. Although, as you would expect, as well as unexpected heroes, there are also unexpected villains and it is sometimes difficult to tell who is good and who is bad. In a series of exciting stories, the history of the enchantment and the battle to set the Manor and the villages free take place. Meet characters like Sir Winefry, Scragg the cat, Horatio the Border Terror, The Baron, Eller Beck, Roseberry Topping, Thornton and more as you find yourself drawn into their strange world.