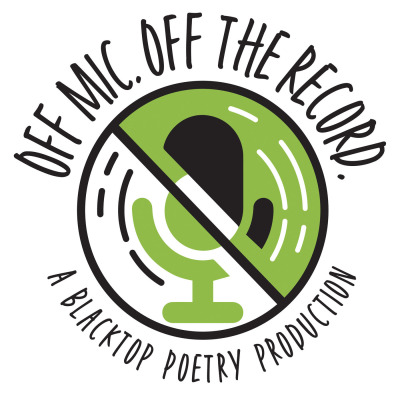 Off Mic, Off the Record

Have you ever wondered what goes on behind the scenes and backstage for some of your favorite artists? Well, here's your answer. Unscripted off-mic conversations clouded with a chance of finding your new favorite tune. It's a train wreck, but it's my train wreck. Join me as I ask those oh-so not important questions and generally just BS with some of the best known or soon-to-be know independent artists. It's organic, it's not so professional( I say um and so way too much) and most likely I'll cuss a lot too. Well, the concept is simple, those off-mic conversations brought to the forefront and allows you that peek behind the curtain to what these artists are all about, and we end it with the off the record tune, that one song that hasn't ever been recored (as of yet) but holds a special place in the musician's song book. I'm just fan, one who's logged thousands of hours behind a windshield on my way to see live music, and one who has a passion for learning about the human condition.