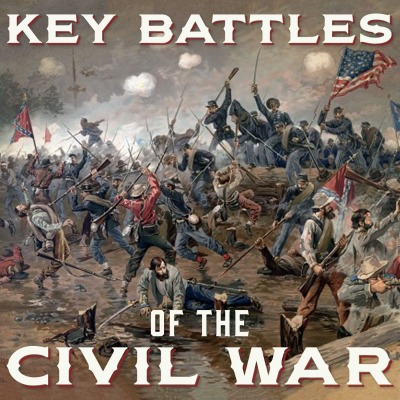 Key Battles of the Civil War

The Civil War was the most important event in American history. That's because it decided what kind of nation America would be and whether or not the promise of universal liberty would be fulfilled. And what decided the outcome of the Civil War was its battles.Hosted by history professors James Early and Scott Rank, this podcast explores the ten most important battles in the Civil War. It features every major conflict, from the initial shots fired at the Battle of First Bull Run to the end of the war at Appomattox Court House. Key battles include Shiloh, the Seven Days Battle, Antietam, Fredericksburg, Chancellorsville, Vicksburg, Chickamauga & Chattanooga, and the Overland Campaign. James and Scott explore additional topics such as emancipation, the naval wars of the Civil War, and weapons technology. Plus they get deep into the biographical backgrounds of the Union and Confederate generals (Grant, Sherman, McClellan, Thomas, Lee, Jackson, Beauregard, and Longstreet).