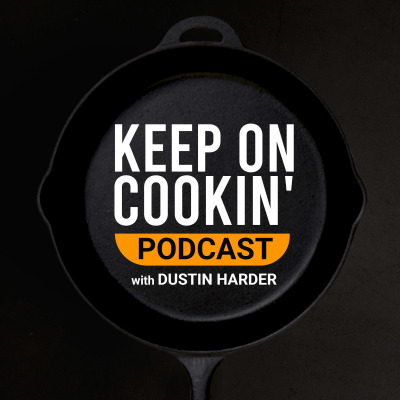 Keep On Cookin' celebrates plant powered cookbooks and the authors who write them featuring an interview with a new author every Tuesday. Each episode empowers home cooks to get in their kitchens and Keep On Cookin’ with a behind the scenes look at how some of the most popular vegan cookbooks have come to life. Keep On Cookin' is hosted by Dustin Harder, the creator of the original vegan travel culinary series, The Vegan Roadie. Dustin is a chef, consultant, and cooking instructor. Aside from his personal obsession with vegan cookbooks, he is the author of Epic Vegan Quick and Easy, Epic Vegan and The Simply Vegan Cookbook. He currently serves as the Culinary Specialist for The Physicians Committee for Responsible Medicine.