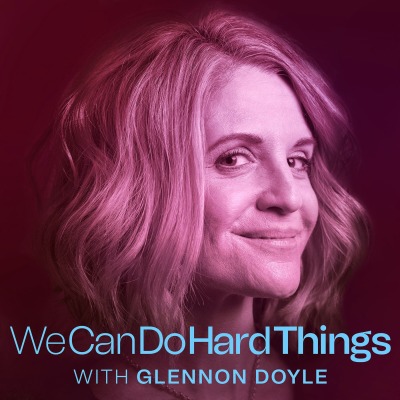 Hannah Gadsby: How to Communicate Better

1. Why Hannah describes her later-in-life Autism Spectrum Disorder diagnosis as “an exfoliation of shame.” 2. How neurodiversity affects Hannah’s relationships–and how she connects to the world through what’s “interesting” instead of what’s “important.” 3. Hannah’s revolutionary commitment to stop using self-deprecating humor about her body, sexuality, and gender–and why we might all consider the same commitment. 4. Why it’s easier for Hannah to share her personal stories “in bulk” on stage instead of one-on-one. 5. What it takes for Hannah to prepare for conversations–like ours on We Can Do Hard Things. About Hannah: Tasmania’s own Hannah Gadsby stopped stand-up comedy in its tracks with her multi-award-winning show, Nanette. When it premiered on Netflix in 2018, it left audiences captivated by her blistering honesty and her singular ability to take them from rolling laughter to devastated silence. Its release and subsequent Emmy and Peabody wins took Nanette (and Hannah) to the world. Hannah’s difficul