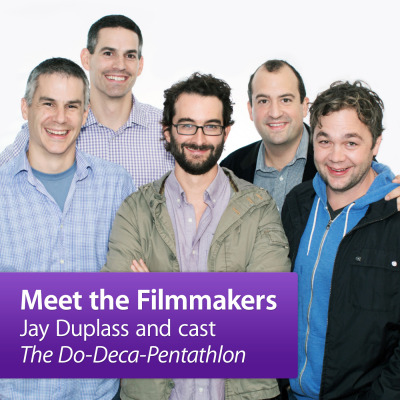 Jay Duplass and cast, "The Do-Deca-Pentathlon": Meet the Filmmakers

Join writer/director Jay Duplass and actors Mark Kelly and Steve Zissis as they sit down with Indiewire’s Eric Kohn to discuss the hilarious comedy "The Do-Deca-Pentathlon." They’ll be joined by brothers Anton and Mark Solak—the real-life inspiration for the film about two grown brothers who rekindle their competitive childhood sporting event during a family reunion. When their games become fierce and disruptive, they continue to carry on in secret.