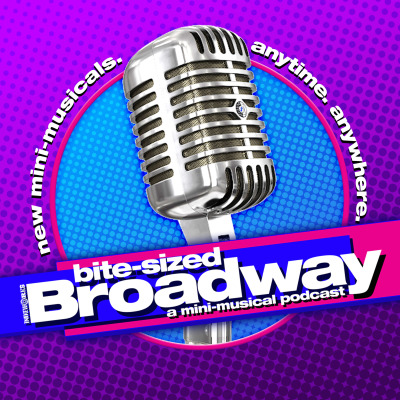 Bite-Sized Broadway: A Mini-Musical Podcast is a brand new musical theatre program brought to you by New York City's IndieWorks Theatre Company! Each episode features a new and exciting "mini-musical" presented as fully-produced radio plays, complete with lush orchestrations, captivating sound effects, and some of the greatest talent that Broadway, Hollywood, TV, and even YouTube have to offer! Each musical is followed by an in-depth discussion with its brilliant creators, introducing audiences to new musicals and new writers without the commitment of having to listen to a whole cast album. New musicals. Anytime. Anywhere.