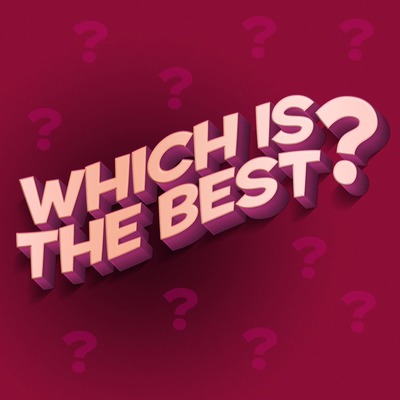 Which is the Best? Podcast

A comedy podcast hosted by the comedians Lee Kyle ('Top up and coming comedy performer' - BBC) and Sammy Dobson ('Shockingly funny' - NARC)where they decide which is the best out of two things with either identical or similar names. For example, which is the best out of Dominoes (The game) or Domino's (The pizza delivery service)? But not that one, that is just an example, albeit quite a good example, we should have kept it for the show really. You might recognise Sammy from Byker Grove or an advert for Iceland she did with Peter Andre once that she hates people to mention. You might recognise Lee if you know him.