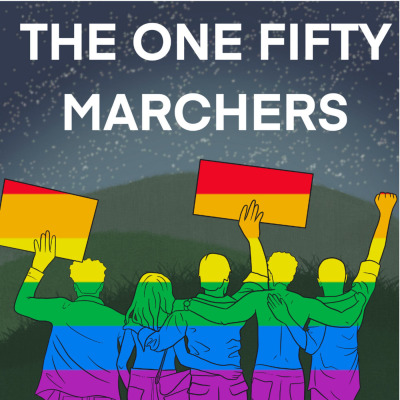 The One Fifty Marchers

The One Fifty Marchers follows Frazer & JD's journey to track down the 150 men and women who took part in the first LGBTQ+ march on Highbury Fields, London, on November 27th, 1970. This march took place to protest the way in which gay people were being treated and was the spark which began the UK gay rights movement. This podcast is a celebration of the original marchers, a number of which we will speak with throughout, and the work they did in making LGBTQ+ rights move forward in the United Kingdom. The podcast includes interviews with current LGBTQ+ campaigners in the United Kingdom about the brilliant work they are doing to support the community.