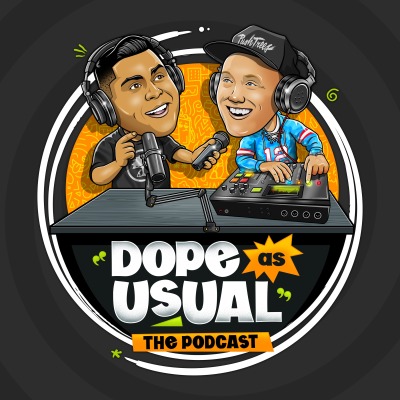 Over the past several years, Dope As Yola has grown a huge following of die-hard fans, earning his title as one of the top creators online. Amassing nearly 60 Million views and 600 Million impressions on Youtube alone in 2020, not to mention his massive presence on nearly every social platform, Yola is poised to take his career to the next level through his new podcast, “DOPE AS USUAL”, which will further his brand as a host, interviewer, entertainer, and crossover media personality. Executive Producer: Marty O’Neill, and his team at Drastic Graphics, have been a pillar behind the scenes of some of the biggest podcasts in the world. Notable shows include: The Joe Rogan Experience, This Past Weekend w/ Theo Von, Fighter & The Kid, King & The Sting, The Adam Carolla Show, The Mike Dolce Show, and more. In 2019 O’Neill published “Full-Time Podcaster: The Undisputed Guide to Starting a Successful Podcast” which became an Amazon Best Seller, further establishing Drastic Graphics as a leader in the industry.