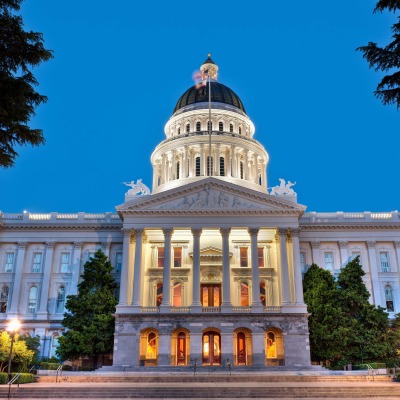 Two experienced California political experts argue about politics from Los Angeles to Sacramento to Washington with Bill Boyarsky and Sherry Bebitch Jeffe. Bill Boyarsky is former city editor of the Los Angeles Times and was also a columnist, bureau chief and political reporter for the newspaper. Previously, he reported on politics for the Associated Press in Sacramento.He is the author of two biographies of Ronald Reagan, a biography of Jesse M.Unruh; Inventing L.A.: The Chandlers and Their Times, and, with co-author Nancy Boyarsky, Backroom Politics.Bill is a columnist for the websites Truthdig and Fox&Hounds and a contributor to UCLA Luskin's public policy magazine Blueprint. He is the winner of three Pulitzer Prizes for team reporting Sherry Bebitch Jeffe recently retired as professor of the practice of public policy communication at the Sol Price School of Public Policy at the University of Southern California.Sherry has been political analyst for KCAL-TV, NBC4 Los Angeles NBC's "Today" show and the BBC where she was an analyst on American politics for programs in London, Scotland and Wales. In 2006, she was a nominee for the Los Angeles Area Emmy Award for NBC4’s news feature, “Decision 2005: A Voter’s Guide,” NBC4. She has also appeared on MSNBC and Al Jazeera English and on radio shows in the United States and internationally. Sherry is a columnist for the California political web site Fox&Hounds. Sherry has a Ph.D in government from Claremont Graduate University and a master's in political science from Rutgers, where she was a fellow at the Eagleton Institute of Politics.