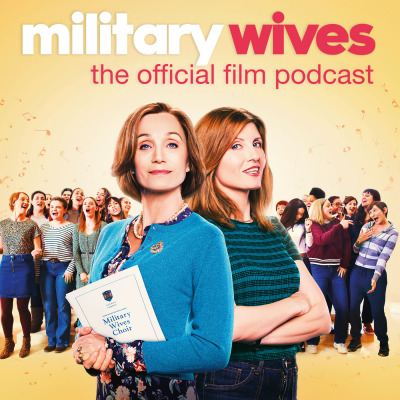 Military Wives: The Official Film Podcast hosted by Gaby Roslin is an exclusive podcast to support the release of ‘Military Wives’ in cinemas on March 6th. If you love cinema, you are going to love this film and this podcast series. Inspired by the incredible true story of friendship, love and support on the home front, the film shows a group of women come together as their partners serve in Afghanistan. Together they form the very first military wives choir, helping each other through some of life’s most difficult moments and becoming a media sensation and global movement in the process. Host Gaby Roslin talks to Oscar® Nominee and BAFTA® Winner Kristin Scott Thomas (Darkest Hour), BAFTA® Nominee Sharon Horgan (Catastrophe) and Oscar® Nominee director Peter Cattaneo (The Full Monty), as well as moving conversations with women from the real Military Wives Choirs. Military Wives: The Official Film Podcast is produced by Lionsgate UK and Cameo. Original Score by Lorne Balfe.