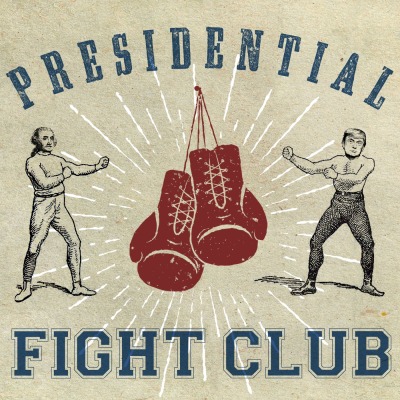 Historians have ranked U.S. presidents on leadership, economic management, and pursuing justice, but they have never asked themselves which one could beat up all the others. This show will change that. Hosted by two history professors—James Early and Scott Rank—this is an NCAA-style tournament in which all presidents fight each other one-on-one until there is one champion. You'll see Barack Obama fight William Howard Taft (who literally weights twice as much), Abraham Lincoln try to knock the wooden teeth out of George Washington, and several other rumbles among the commander-in-chiefs.James and Scott narrate each of these 44 fights by comparing the physical abilities of each president, military experience, and special abilities that would help them win. Did they have combat training? Were they generals? Were they ex-wrestlers? The presidents are also ranked how well they would do in hand-to-hand combat at about the age of 35 (no, FDR won’t be fighting as a polio-riddled man in a wheelchair).