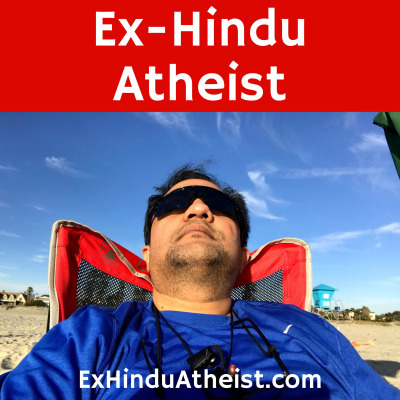 I'm an ex-Hindu Atheist. I started this podcast wanted to talk about a variety of topics related to God, Religion, Faith, Destructive & Nonconstructive Beliefs * Why do you believe there's a God, or many Gods? * What proof have you seen, other than a gut feeling or the need to feel safe knowing that an all-powerful being is watching over us? * What is it about religion that has attracted 7 billion people to one form or the other, when there are so many things wrong with religion - which I will talk about on this how over time. I want to challenge some of your thoughts about God and Religion.