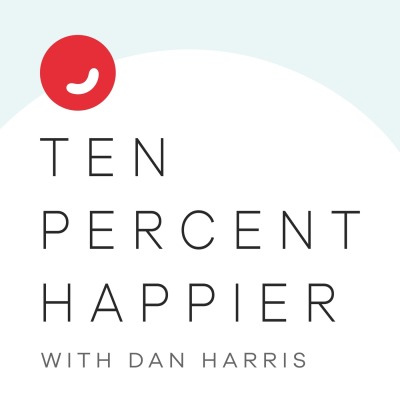 Dan Harris is a fidgety, skeptical journalist who had a panic attack on live national television, which led him to try something he otherwise never would have considered: meditation. He went on to write the bestselling book, 10% Happier. On this show, Dan talks with eminent meditation teachers, top scientists, and even the odd celebrity. Guests include everyone from His Holiness the Dalai Lama to Brené Brown to Karamo from Queer Eye. On some episodes, Dan ventures into the deep end of the pool, covering subjects such as enlightenment and psychedelics. On other episodes, it’s science-based techniques for issues such as anxiety, productivity, and relationships. Dan's approach is seemingly modest, but secretly radical: happiness is a skill you can train, just like working your bicep in the gym. Your progress may be incremental at first, but like any good investment, it compounds over time.New episodes come out every Monday, Wednesday, and Friday for free. Listen 1-week early and to all episodes ad-free with Wondery+ or Amazon Music with a Prime membership or Amazon Music Unlimited subscription.