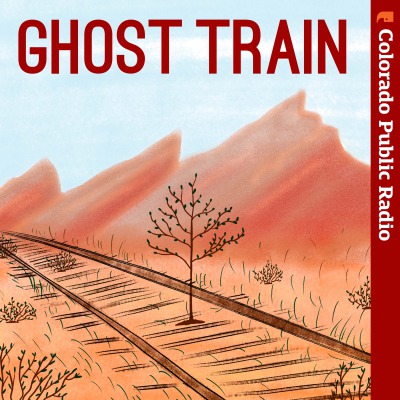 Ghost Train is a unique podcast miniseries from Colorado Public Radio about the people with a vision for a greener transportation system in Colorado, the challenges that kept much of that plan from becoming successful and the ideas that might help the region move forward. Hosted by CPR News transportation reporter Nathaniel Minor (“Since Columbine,” “The Taxman”), Ghost Train explores an everyday problem that many American cities face and takes a hard look at the possible solutions. In 2004, Denver-area voters supported one of the most ambitious transit projects anywhere in the U.S. The plan called for a sprawling network of new rail lines that would let commuters glide by traffic and help transform Denver into a world-class city. But now, an uncomfortable truth has emerged: The train lines aren’t very useful to most people and have done relatively little to shift how they move around the region. And a key route in that network isn’t projected to open until 2050 and will cost at least $1.5 billion to complete. What’s the best path forward as leaders look to ease traffic gridlock and meet climate goals? And will the problems with this ambitious rail package doom other transit projects?