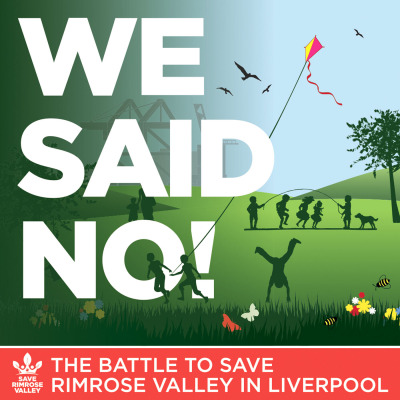 In 2017, Highways England announced that they wanted to build a dual carriageway right through the middle of Rimrose Valley, a country park in Sefton near Liverpool. The only green space in a heavily populated and urbanised area. The purpose of this dual carriageway? To increase the capacity of the nearby Port of Liverpool, owned by Peel Ports. A privately owned organisation based in the Isle of Man. The WE SAID NO podcast tells the story of how the campaign to fight the road and the damage to both the environment and to public health came to be. And how its actions brought a community together in defiance of the Government's plans.