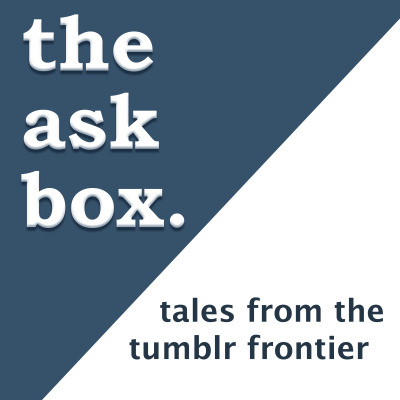 The Ask Box is a Tumblr nostalgia podcast. Through conversations with friends new and old, host Allegra Rosenberg tries to get to the bottom of what made Tumblr circa 2010-2012 so special for the people that were a part of it, and so impactful for the culture at large. Each episode revolves around a different fandom, concept, or event, and features unique perspectives on a community now receding into the rearview of the Internet’s short-term memory. #GPOY #WHATISAIR #MYCREYS