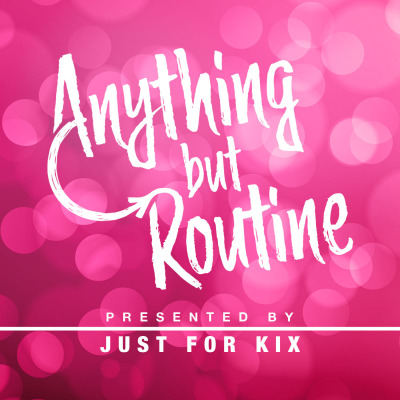 Just For Kix presents Anything but Routine.This podcast is everything and anything dance. We follow Cindy Clough & Ali Geraets through daily lives. This mother-daughter combination talks about coaching techniques, performance tips, costumes, new trends in dance, and so much more.Cindy Is the CEO of Just For Kix with over 50 years of dance experience. Out of a single ad in a local newspaper, a dynasty was created with over 22,000 students. She has been apart of over 30 Bowl game productions. Ali Geraets danced in the 2011 Super Bowl XLV with the Black Eyed Peas and performed again at the 2013 Super Bowl XLVII with Beyonce. In 2015, Ali worked on the opening of the NFL kick off and the Super Bowl Halftime show featuring Katy Perry and the 2016 Super Bowl halftime show featuring Coldplay, Bruno Mars, and Beyonce. She also worked on the 2018 Super Bowl halftime show with Justin Timberlake. She has choreographed for numerous Outback Bowl Halftime Shows and helped produce the half-time shows.