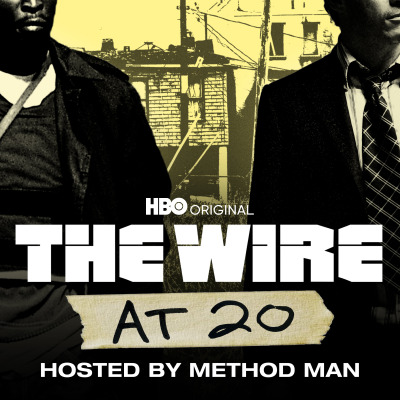 Few shows are as beloved as the HBO Original Series The Wire. In honor of its 20th anniversary, HBO is releasing a brand new podcast hosted by musician and actor Method Man and featuring revealing interviews with the show’s most memorable voices. Over eight episodes, the podcast will look back at David Simon’s sprawling five-season drama and unpack its complex themes, cultural influence, and ongoing legacy. The Wire at 20 podcast is produced by HBO and Campside Media.   Stream all five seasons of The Wire now on HBO Max.