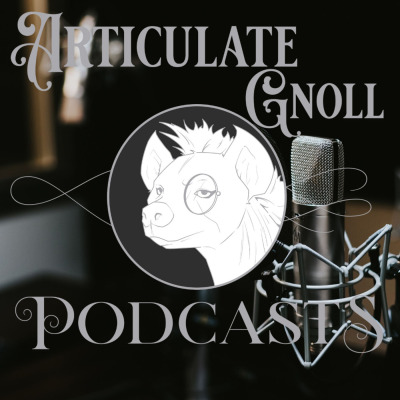 New to tabletop RPGs or just looking for some fun? Then The Articulate Gnoll Podcasts are your weekly dose of tabletop shenanigans! Our eclectic group of potty-mouthed friends are creating entertaining and highly produced shows, with little to no idea what they’re doing! We use a hybrid style of Actual Play improvisation, scripted antics, and ‘game rules’ combat to provide you with fantastic storytelling entertainment! From comedy to horror, we set out with the goal of making something memorable and enjoyable!The Heroes Of Helios is the story of a group of four heroes (?) who set out on an epically, aimless adventure in this Actual-Play TTRPG! Join this degenerate group of friends, in an original campaign setting, as they bumble their way through 5th Edition D&D rules, create hostile work environments for NPCs, and irreverently pursue role-play! The Articulate Gnoll Presents: Heroes Of Helios!!!But wait... There's more!Undead Armageddon is the story of a group of survivors who awaken to find themselves in a world torn apart by the living dead!! Join the mouthy gang from The Articulate Gnoll as they fight for survival, make poor life choices, and, try desperately to make it out alive! Experience all new shenanigans as we tackle a new game system, a darker, grittier story, phantasmal Cajuns, and cannibal cults.Nerd stuff, avoiding friendly fire and, surviving the zombie apocalypse, its harder than it looks!The Articulate Gnoll Presents: Undead Armageddon!!!Check everything The Articulate Gnoll has to offer!