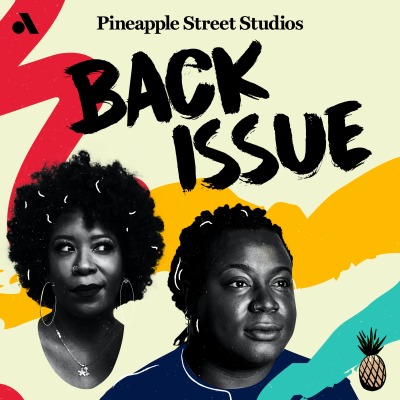 Remember when Monica allegedly punched Brandy right before they performed live at the MTV Video Music Awards? When Freaknik took over Atlanta, and changed the game for parties everywhere? When tasteless critics panned Mariah Carey’s Glitter? (#JusticeforGlitter!) When Beyonce told Farrah that someone could send her luggage? We do!Back Issue tells the stories behind formative moments in pop culture. In each episode we look back at some of the moments that shook us, that changed us. Join Tracy Clayton (host of Netflix’s Strong Black Legends, Mailchimp’s Going Through It) and Pineapple Street Studios Senior Producer Josh Gwynn as they reckon with some of culture’s biggest questions, from "How did we let this happen?" to ‘Why do we still love this?" Because nostalgia is more than just a feeling. Got an issue you’d like us to investigate? Hit the Back Issue Hotline at (678)-74ISSUE.