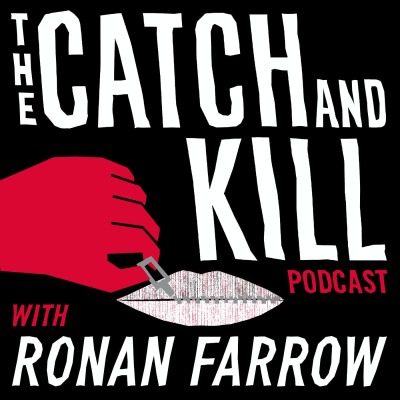 The Catch and Kill Podcast with Ronan Farrow

For the past two years, Pulitzer Prize winning journalist Ronan Farrow has been following a trail of clues from his investigation of Harvey Weinstein to other blockbuster stories about the systems that protect powerful men accused of terrible crimes in Hollywood, Washington, and beyond. But he didn’t bring that information to light on his own. A compelling cast of sources—from brave whistleblowers to shadowy undercover operatives—decided the fate of these investigations, sometimes risking everything in the process. The Catch and Kill Podcast brings you their stories, in their own words, for the first time.