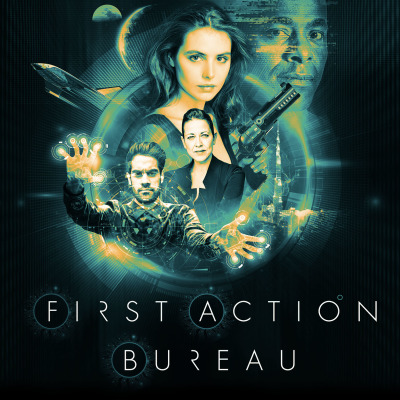 Spy-fi audio drama starring Genevieve Gaunt, Sacha Dhawan, Paterson Joseph and Nicola Walker. From the worlds of Thunderbirds creator Gerry Anderson. Series Summary: The First Action Bureau exists to protect the Earth - near-utopian by 2068 - from criminal elements before they get the chance to act. Using decades of ‘big data’ and globally connected quantum artificial intelligence, the Bureau is able to predict criminal activity before it occurs. Nero Jones may be the best agent the Bureau has, but something strange is going on. Headaches and bizarre dreams are troubling this deadly assassin, and as her missions continue it becomes increasingly clear that all is not well... not just with her, but with the Bureau itself. But where do the lies end? And where does the truth begin? Subscribe now: http://andr.sn/FABnow It has been created and written by Jamie Anderson and Nicholas Briggs, and has been directed by Nicholas Briggs, and is being produced and distributed by Anderson Entertainment. Series one is being released as an audio drama podcast consisting of 10x10’ episodes, hosted and supported by the team at Captivate. First Action Bureau was developed and recorded remotely during the COVID-19 lockdown in 2020 Nero Jones - Genevieve Gaunt Benjamin Saal - Sacha Dhawan Zero One - Paterson Joseph Charlize Wilkin - Nicola Walker Eddie Hunter - Wayne Forester Angus Reed - Richard James Created and written by Jamie Anderson and Nicholas Briggs Directed by Nicholas Briggs Produced by Jamie Anderson Sound design by Iain Meadows Music by Joe Kraemer Graphic design by Marcus Stamps Recording by Benji Clifford Distributed by Anderson Entertainment Ltd.