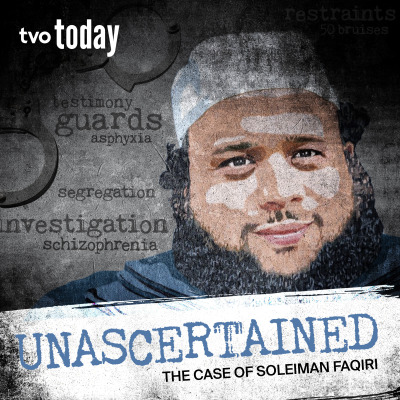 On December 15, 2016, Soleiman Faqiri was found dead in his cell after an altercation with a group of correctional officers. After suffering a schizophrenic episode, the 30-year-old was awaiting a pre-trial mental health assessment at a Lindsay Ontario jail. He was pepper sprayed, shackled, and wore a spit hood. But there was no footage of what went on inside his segregation cell that day. “Unascertained” pieces together the timeline of Soleiman’s death and what really happened when guards entered the room. It’s a story of a family’s loss, mental health failures in the prison system, and a search for justice. A six-part series from TVO Podcasts. Hosted by Yusuf Zine.