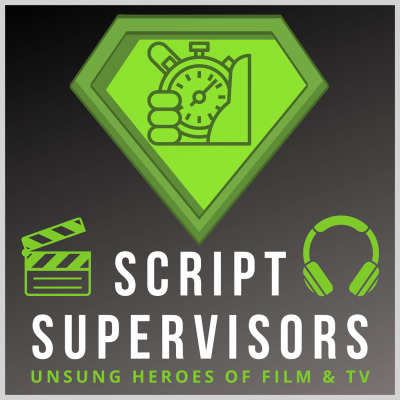 This podcast is a backstage pass to the process of filmmaking from one of the most difficult, little-known, and historically female department head positions on a film crew. Working alongside the director all day, script supervisors have a unique and enlightening view of what it’s really like behind the scenes and on the front line of all the action on set. Each episode features a short interview as well as a topic like Why You should Stop Calling Us “Scripty,” or What really happened with that Game of Thrones coffee cup? Compiled from conversations with over a dozen opinionated masters of the craft of script supervising with experience from low-budget independent films and commercials all the way to and including multiple Academy and Emmy-Award winning films and television shows. This script supervisor podcast is for anyone who loves catching continuity errors, is fascinated by the process of filmmaking, or works in - or aspires to work in - the entertainment industry. Hosted by Caryn Ruby, a professional Script Supervisor, as well as award-winning dark comedy writer and comedian.