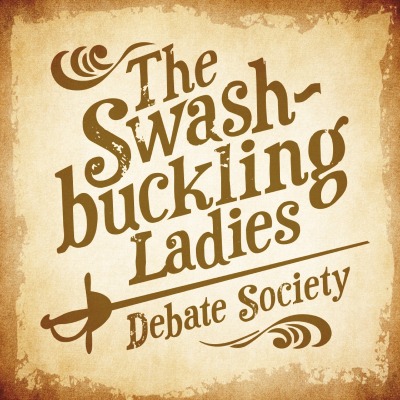 Welcome to the seaside city of Massalia, nestled in the south of France. It’s the dawn of the 20th century, but things aren’t looking bright. A group calling themselves The Six engineered a sinister cultural revolution and have united all of Europe under one banner, all beholden to the Emperor. Saffron and Zinnia are a married lesiban couple who are doing their best to defend the people and fight evil wherever they find it, battling with swords, words, or whatever they can use. Opposed by villains like Lord Buxton Blue, Piker Pendulum, and The Red Rapscallion, the Ladies help where they can and seek to bring down this corrupt regime. The flame of hope is still burning bright in the Swashbuckling Ladies Debate Society.