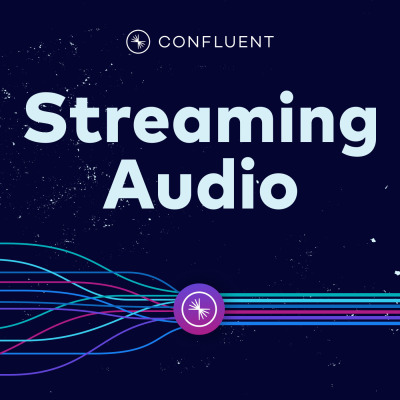 Streaming Audio is a podcast from Confluent, the team that built Apache Kafka®️. Host Tim Berglund (Senior Director of Developer Experience, Confluent) and guests unpack a variety of topics surrounding Apache Kafka, event stream processing and real-time data. The show also features the segment "Ask Confluent," in which Gwen Shapira (Engineering Manager, Confluent) and guests respond to a handful of questions and comments about the Confluent and Kafka ecosystems—from Kafka connectors, to distributed systems, data integration, Kafka deployment, and managed Apache Kafka as a service—on Twitter, YouTube, and elsewhere. Apache®️, Apache Kafka, Kafka, and the Kafka logo are either registered trademarks or trademarks of the Apache Software Foundation in the United States and/or other countries. No endorsement by The Apache Software Foundation is implied by the use of these marks.