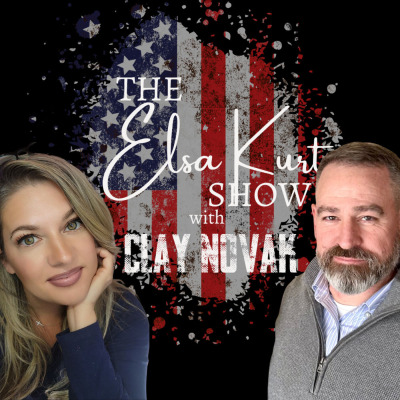 Elsa Kurt is an American actress, comedian, podcast producer & host, social media entertainer, and author of over twenty-five books. Elsa's career began first with writing, then moved into the unconventional but highly popularized world of Tik Tok, where she amassed an organic following of 200K followers and over 7 billion views of her satirical and parody skits, namely her viral portrayal of Vice President Kamala Harris, which attracted the attention of notable media personalities such as Michael Knowles, Mike Huckabee, Brit Hume, and countless media outlets. She's been featured in articles by Steven Crowder's Louder with Crowder, Hollywood in Toto with Christian Toto, and JD Rucker Report. In late 2022, Elsa decided to explore more acting opportunities outside of social media. As of August 2022, Elsa will have appearances in a sketch comedy show & an independent short film series in the fall. Elsa is best known for her comedic style and delivery, & openly conservative values. She is receptive to both comedic and dramatic roles within the wholesome/clean genres & hopes to adapt her books to film in the future.#ifounditonamazon https://a.co/ekT4dNOElsa's Books: https://www.amazon.com/~/e/B01E1VFRFQ