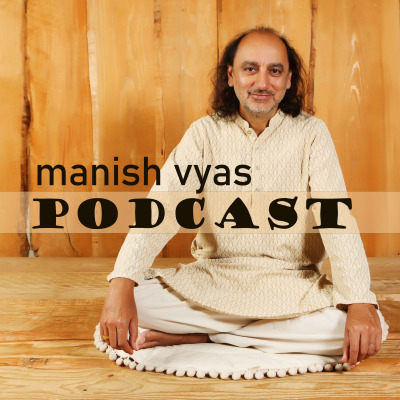 "Since I started traveling to present Mantra and sacred music from India around the world, I was shocked about the shapes and forms that our traditions from India could take when they reach the west, highly far from the real. Mantra, Yoga, Music, Meditation, Kirtan, Ayurveda, Tantra, Dhyan... to just mention some of the ancient sciences and arts from India which have spread around the world in the last decades. Some of the information which reached the west is ok, but a lot of it is unfortunately also misleading, probably for the sake of commercialization."Manish shares with interesting and entertaining talks different aspects from the vast world of Music, Arts, Sciences, Traditions from India with inspiring stories, interviews and anecdotes, which can bring the listener to the real world of the culture from India.Manish Vyas was born in 1971 in the state of Gujarat in a Brahmin family of artists and musicians. Having been raised in the Sanatana Dharma way of life, he has been connected to the culture and tradition of his country since birth and later mainly through music, studies of sacred texts and mythology, and his spiritual path which started when personally being with Osho in Pune.He was always deeply interested in ancient India and its mystical stories and customs and how they can contribute to a deeper way of life. Following his artistic career, he lived in the cities of Rajkot, Pune, Mysore and Srirangapatna where he accompanied many years his spiritual master Gurudev. He is still connected with different teachers and music gurus from India who have given him an unique insight. In his mid forties he moved to Switzerland where he works in the fields of music and teaching, using as tools some of those inherited traditions from the wise old land of India.In his podcasts, he shares different subjects, which have been of great interest in the west also. Most important is his seal of authenticity in a world crowded with offers from India, sometimes accurate, but also many times very far from real. These talks and interviews are about the real which a sensitive listener will undoubtedly feel in each talk.A podcast for lovers of the music and culture from India.